From 1999 to 2013 she was Chief Physician of the Unit of Psychiatry of Mental Development (UPDM) of the University Hospitals of Geneva, Geneva (Switzerland), she was Privat Docent and Lecturer at the University of Geneva. Dr. Abbas Moallem is a human factors and ergonomics expert and an adjunct professor at San Jose State University and Santa Clara University in California USA.

Abbas has over 20 years of experience in the field of human factors and ergonomics. He has consulted hundreds of institutions for disabled people in Europe and Canada. He has authored several innovative methodologies for the evaluation, orientation and management of human resources in institutions and enterprises for people with intellectual disabilities. Dr. Moallem holds a Ph.D. in Human Factors and Ergonomics from the University of Paris (Paris XIII) and is the founder of the European Journal on Mental Disability and is on the editorial board of several professional publications. Head of scientific work, substitute lecturer at the Department of Orthopedagogy, Faculty of Psychology and Educational Sciences, University of Mons-Hainaut, Belgium. 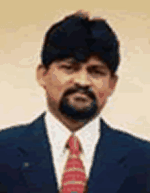 Dr. M.V.R. Raju, PhD is Professor and Head of the Department of Psychology. He is Director of the Center for Psychological Assessment and Counseling at the Andhra University, Visakhapatnam, Andhra Pradesh, INDIA 50003.

Claire FOUASSIER, Editor, Deputy Director of the Management board 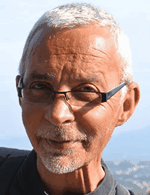